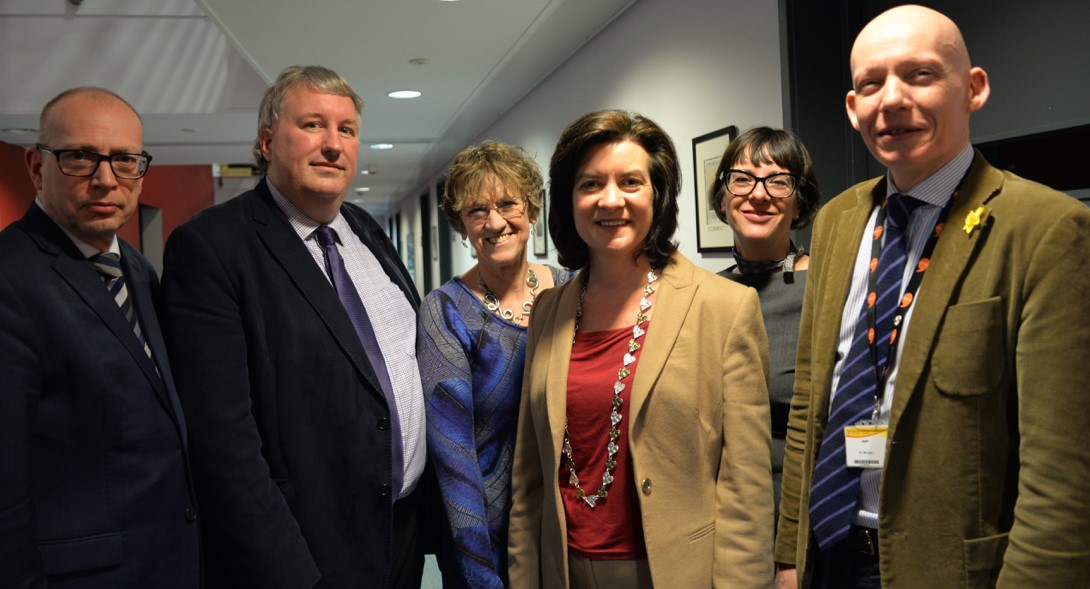 Baroness Eluned Morgan AM delivered the first St David’s Day Lecture for the Centre for Welsh Politics and Society / WISERD@Aberystwyth, with an address surveying the political landscape after the referendum vote to leave the European Union. The lecture emphasized the risks and challenges from Brexit that stem from the significant contribution that the European Union has made to Wales and the strength of social and economic connections, but argued that now that the decision had been taken, political efforts must focus on planning the post-Brexit future for Wales and ensuring that positive outcomes can be achieved.
The lecture drew upon Baroness Morgan’s extensive experience of Welsh and European politics. In 1994, Eluned Morgan was the youngest member to be elected to the European Parliament and she served as an MEP for three full terms. After stepping down as an MEP in 2009, she joined the House of Lords as Baroness Morgan of Ely in 2011 where she is Labour’s shadow spokesperson for Wales. Since May 2016, she has been as a regional member for Mid and West Wales in the National Assembly for Wales.