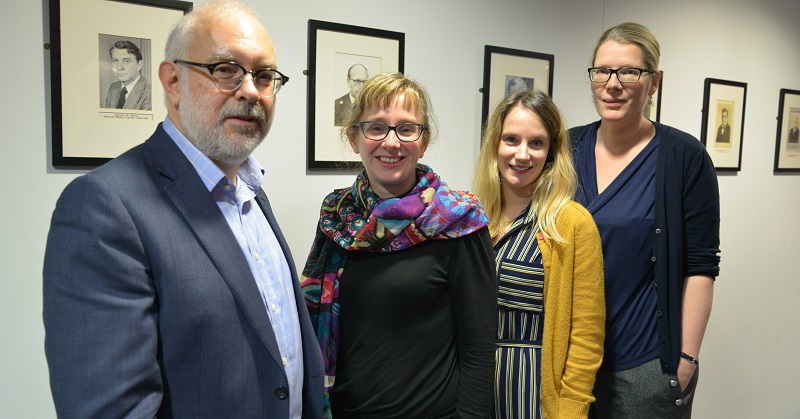 Researchers at Aberystwyth University have been shortlisted for awards at the 2017 Welsh Social Research Awards which take place in Cardiff on Thursday 7 December.

Hosted by the Social Research Association and sponsored by Welsh Government Cabinet Secretary for Finance Mark Drakeford AM, the awards recognise and celebrate outstanding research by social science researchers in Wales.

The finalists feature academics from the Department of International Politics at Aberystwyth University, with nominations in each of the four categories; Special Achievement Award, Early Career Researcher of the Year, Research Impact Award and the Research Innovation Award.

A leading expert on global health and international relations at Aberystwyth University, Professor McInnes was appointed Vice-Chair of the United Kingdom National Commission (UKNC) for UNESCO in January 2017.

Dr Edwards has been researching the linguistic integration of migrants into sub-states, specifically Catalonia and Wales, and Quebec and New Brunswick in Canada.

Working within the WISERD Centre for Welsh Politics and Society at Aberystwyth, Dr Huw Lewis, Dr Elin Royles and Dr Catrin Wyn Edwards have been shortlisted for their work on informing and influencing the policy discussion that fed into the preparation of the Welsh Government’s new national language strategy, Cymraeg 2050: A Million Welsh Speakers, published in July 2017.

Working with researchers at Cardiff University, Dr Bliesemann de Guevara has been nominated for the project “Using a drawing workshop to explore the infertility experiences of Black and Minority Ethnic women in Wales”.

Professor Chris Thomas, Pro Vice-Chancellor, Research at Aberystwyth said: “Aberystwyth University possesses a long and distinguished record of world leading social sciences research that is widely recognised for its excellence, originality, significance and rigour. I am delighted to see the work of colleagues recognised in this way.”